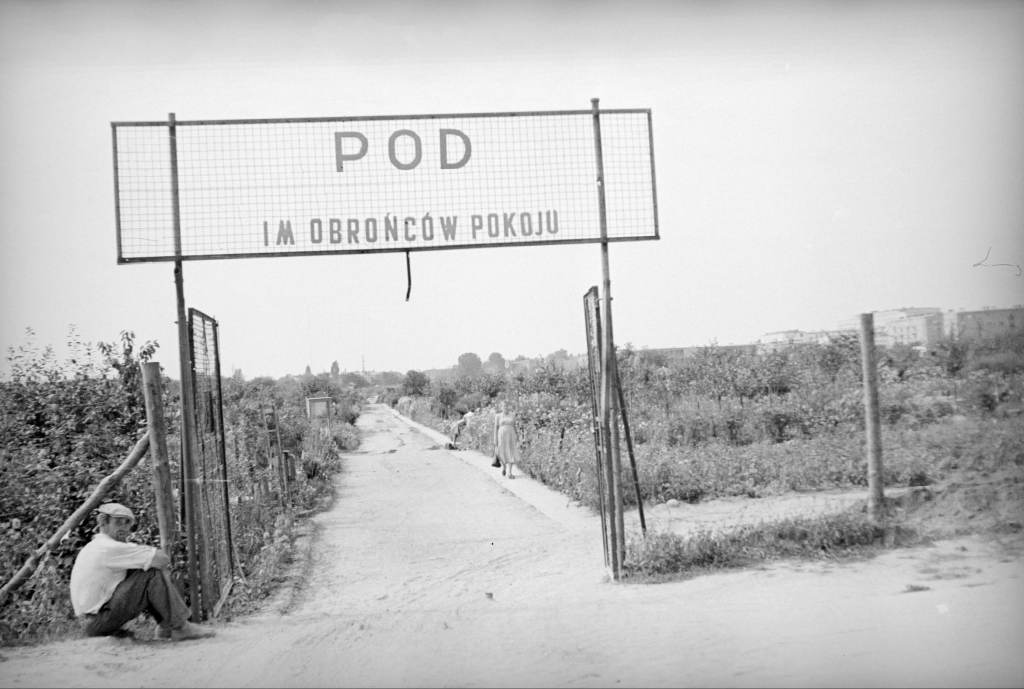 Allotment gardens are plots of land rented by individuals, typically used for growing vegetables or flowers. Mostly built in the early 20th century on wastelands of factory estates or unused railway areas in industrialized European cities for the families of factory workers whose number has increased rapidly during a large migration from the rural areas to the cities. From the very beginning they were created in order to provide food and improve living conditions of residents of overcrowded cities and allowed them to spend time away from cramped homes, pubs or dusty factories. The allotments played also a significant role in the fulfilment of social functions and self-realization under totalitarian regimes in countries such as Poland and East Germany where gardening was one of the few available hobbies and affordable escape from daily life in the oppressive system.

The number of such plots (działki) in Poland approaches one million. In Warsaw there are 152 colonies with 26 000 plots, used by ca. 50,000-60,000 gardeners, thereby forming diverse communities, strongly connected to the particular and strictly limited space. Having an allotment garden in the city can be associated with a substitute of traditional concepts such as ordaining, owning and being an owner (Sulima, 2000) as well as with a whole range of voluntary work and participation in allotment board meetings that might facilitate the process of self-creation and self-identity of allotment gardener (dzialkowiec) today. The question of gardeners’ identity and attachment to their działka individually or to the garden as a whole can help to understand how this community is being formed and the way in which allotment gardens exist in cities and cooperate with the closest environment.

Why did you decide to get a plot here?
What relations do you have with your neighbours and residents from the blocks nearby?
What do you have on your plot, what are your rituals when coming to the garden in the morning?
How did he build the hut, what do you grow? Whether you feel that your garden is a part of the city and if it does, how?
Do the allotments play a significant role in spatial planning of the city? Are they taken into account at all?

These and other questions I usually ask gardeners when I come for a meeting or interview. Since I'm allotment holder myself, I have a different perspective on many things and I understand more. The question of opening gardens is also more complex than when I started this project in an open garden Obrońców Pokoju in Mokotów in 2015.